History Of The Lead Acid Battery

In Comparison with modern rechargeable batteries, lead-acid batteries have lower energy density, but the ability to supply high rate of current makes this kind of battery efficient enough as starter. In addition, its low cost makes it customer friendly for use in vehicles to provide the high current required to start the motor.

The French scientist Nicolas Gautherot observed in 1801 that wires that had been used for electrolysis experiments would themselves provide a small amount of “secondary” current after the main battery had been disconnected. In 1859, Gaston Planté‘s lead-acid battery was the first battery that could be recharged by passing a reverse current through it. Planté’s first model consisted of two lead sheets separated by rubber strips and rolled into a spiral. His batteries were first used to power the lights in train carriages while stopped at a station. In 1881, Camille Alphonse Faure invented an improved version that consisted of a lead grid lattice, into which a lead oxide paste was pressed, forming a plate. This design was easier to mass-produce. An early manufacturer (from 1886) of lead–acid batteries was Henri Tudor.

Gel electrolyte battery was first created in 1930s for being used in any position. In the 1970s, the valve-regulated lead-acid battery (VRLA) was developed to introduce absorbed glass mat (AGM) type.

Surprisingly, lead acid car battery hasn’t been changed much since the first innovation. The recuperation of grids, new additives, also modified technology to produce thinner plates with more corrosion resistance, are what can be submitted as progression in lead-acid battery. 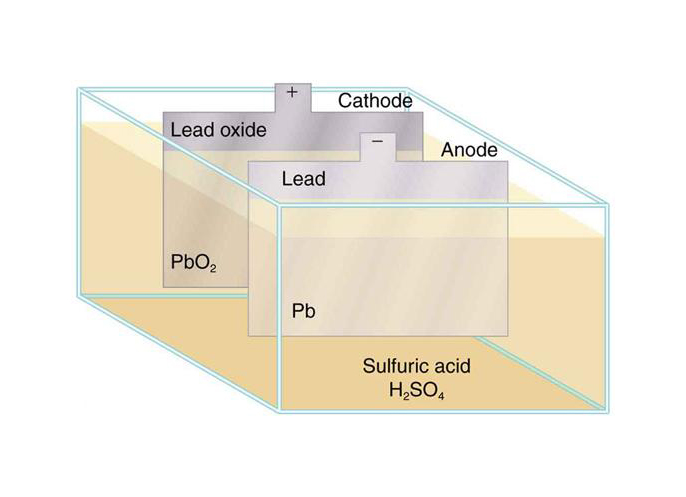 Latest articles
We use cookies on our website to give you the most relevant experience by remembering your preferences and repeat visits. By clicking “Accept All”, you consent to the use of ALL the cookies. However, you may visit "Cookie Settings" to provide a controlled consent.
Cookie SettingsAccept All
Manage consent

This website uses cookies to improve your experience while you navigate through the website. Out of these, the cookies that are categorized as necessary are stored on your browser as they are essential for the working of basic functionalities of the website. We also use third-party cookies that help us analyze and understand how you use this website. These cookies will be stored in your browser only with your consent. You also have the option to opt-out of these cookies. But opting out of some of these cookies may affect your browsing experience.
Necessary Always Enabled
Necessary cookies are absolutely essential for the website to function properly. These cookies ensure basic functionalities and security features of the website, anonymously.
Functional
Functional cookies help to perform certain functionalities like sharing the content of the website on social media platforms, collect feedbacks, and other third-party features.
Performance
Performance cookies are used to understand and analyze the key performance indexes of the website which helps in delivering a better user experience for the visitors.
Analytics
Analytical cookies are used to understand how visitors interact with the website. These cookies help provide information on metrics the number of visitors, bounce rate, traffic source, etc.
Advertisement
Advertisement cookies are used to provide visitors with relevant ads and marketing campaigns. These cookies track visitors across websites and collect information to provide customized ads.
Others
Other uncategorized cookies are those that are being analyzed and have not been classified into a category as yet.
SAVE & ACCEPT